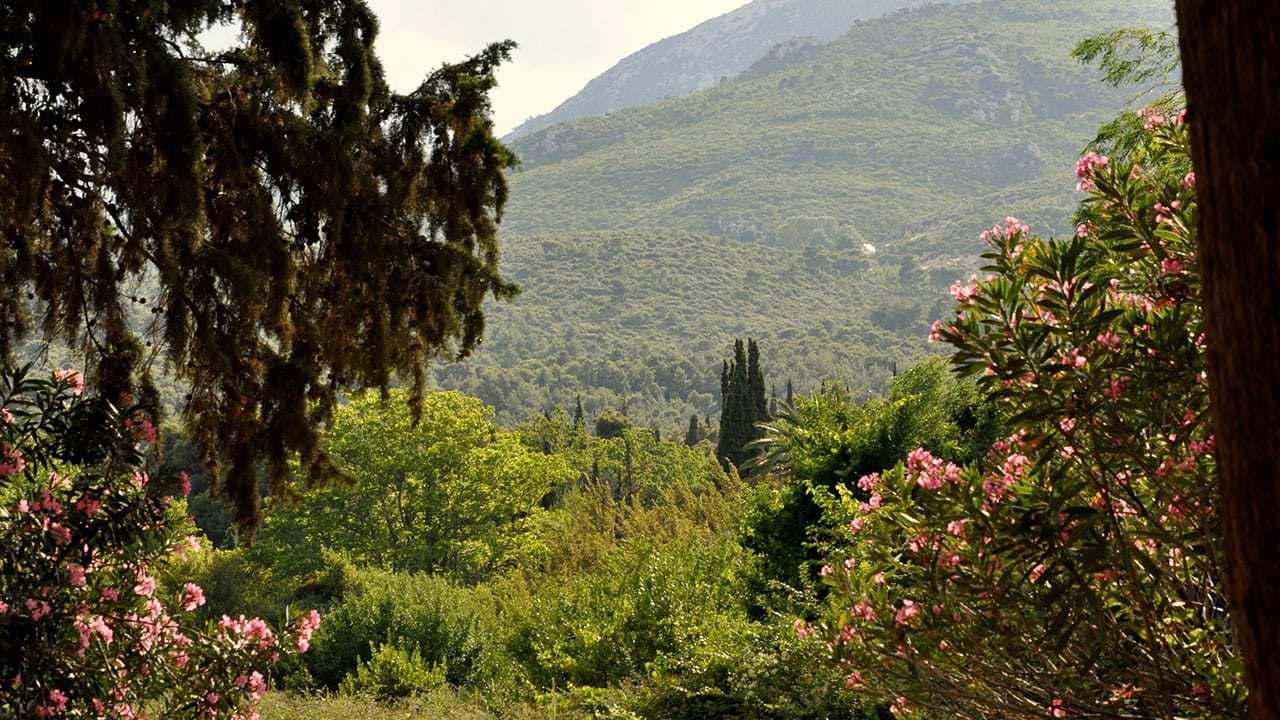 A full day adventure is waiting! Join us in a one day trip filled with colorful hiking paths, amazing scenery, beautiful caves, wildlife, ancient towers and an active fault that gave 2 significant earthquakes!

Starting from Athens, at Rolling Turtles premises, we will head straight to Mt Parnitha using the highway. We will head towards the old village of Chasia, hidden in between the valleys of Mt Parnes where we will make our first stop.

The fault of Parnitha
The 1999 Athens earthquake occurred on September 7 at 14:56:51 local time near Mt Parnitha in Greece with a moment magnitude of 6.0. This was the first time in reordered history that an active fault was discovered so close to the capital of a country and started developing in front of the eyes of the scientists. Since then, 20 years later, there was another earthquake from the same region, with no casualties or injuries. We will have the unique opportunity to visit the birthplace of those earthquakes and see how the mountain is cut wide open. Our next stop is the famous cave of God Pana.

Pana’s Cave
The cave of Pan(as) on the west slopes of the mountain at a height of 750 meters. It was a worship site in the ancient years. Near the cave there is the steep gorge of Gouras and the gorge of Keladonas river. The God of Pan(a) was considered as the God of everything in ancient times, long before the 12 gods of Olympus. We will hike 1.5 km till the cave, take a look around, enjoy the secret view, learn the secrets of the mountain and then return to our vehicles. Our next stop is the Phyle spring.

The Tower of Phyle
We will drive further into the beautiful protected forests of Mt Parnitha and we will reach the beautiful ancinect tower of that region. We will admire the strategic location with a panoramic view of the surrounding mountains and the sea. The ancient fortress of Phyle is located on the northwest slope of Mt Parnitha, at an altitude of 850 m, and about 10 km to the northwest of the modern settlement of Phyle. Its construction dates from the 4th century. It occupies a strategic location, as it is situated on the most direct, though definitely not the easiest, road connecting Athens with Thebes.

Phyle spring
Since we are going to be in the region of Phyle, visiting the beautiful springs of Phyle is a must. We will rest there, enjoy the view and eat our snacks / cook something light. The water is coming through small caves at the edge of the mountain. Full of new and beautiful memories we start descending in order to return to Rolling Turtles premises.